The Brain Monitoring with Information Technology Group (BrainIT) formed shortly after the Williamsburg ICP meeting in 1997. There were a number of abstracts submitted to this meeting (by future BrainIT members), calling for the creation of standardised ICU data collection and access to shared databases on both compliance data and on secondary insults.

Most BrainIT members have a long standing interest in assessing Brain Monitoring technology. In fact, a number of key centres destined to be founding members of BrainIT were specifically interested in the “Spiegelberg” compliance monitor in which a number of presentations about this technology were made at the ICP 10 meeting. In many ways the Willamsburg meeting was pivotal in catalyzing the formation of a group interested in a multi-centre assessment of the Spiegelberg technology, a study which became the first BrainIT project.

It was at the Williamsburg meeting where a critical mass of future members of the BrainIT group came together and discussed the formation of a group - including Per Enblad, Pelle Nilsson, Tim Howells, Giuseppe Citerio, Juan Sahuquillo, Iain Chambers, Karl Kienning, Charlie Contant and Ian Piper). However, the idea for such a collaborative approach started a few years earlier with credit jointly shared between Charlie Contant and Ian Piper, who first met at the Ann Arbor ICP meeting (ICP VII). Both working in the field of ICP waveform analysis as part of their post-graduate work and frustrated by the plethora of data collection techniques and analysis methodologies being presented, As they discussed at the meeting, Charlie, shortly after the Ann Arbor meeting, produced and circulated a survey form amongst the Waveform analysis researchers at the time (including Portnoy, Chopp, Leffler, Anile and others) aimed at discussing data collection and analysis standards. As Charlie recalls, it was the fact that Ian was the first (and only) one to respond to the survey in a positive manner started the BrainIT concept "rolling" and gathering momentum. 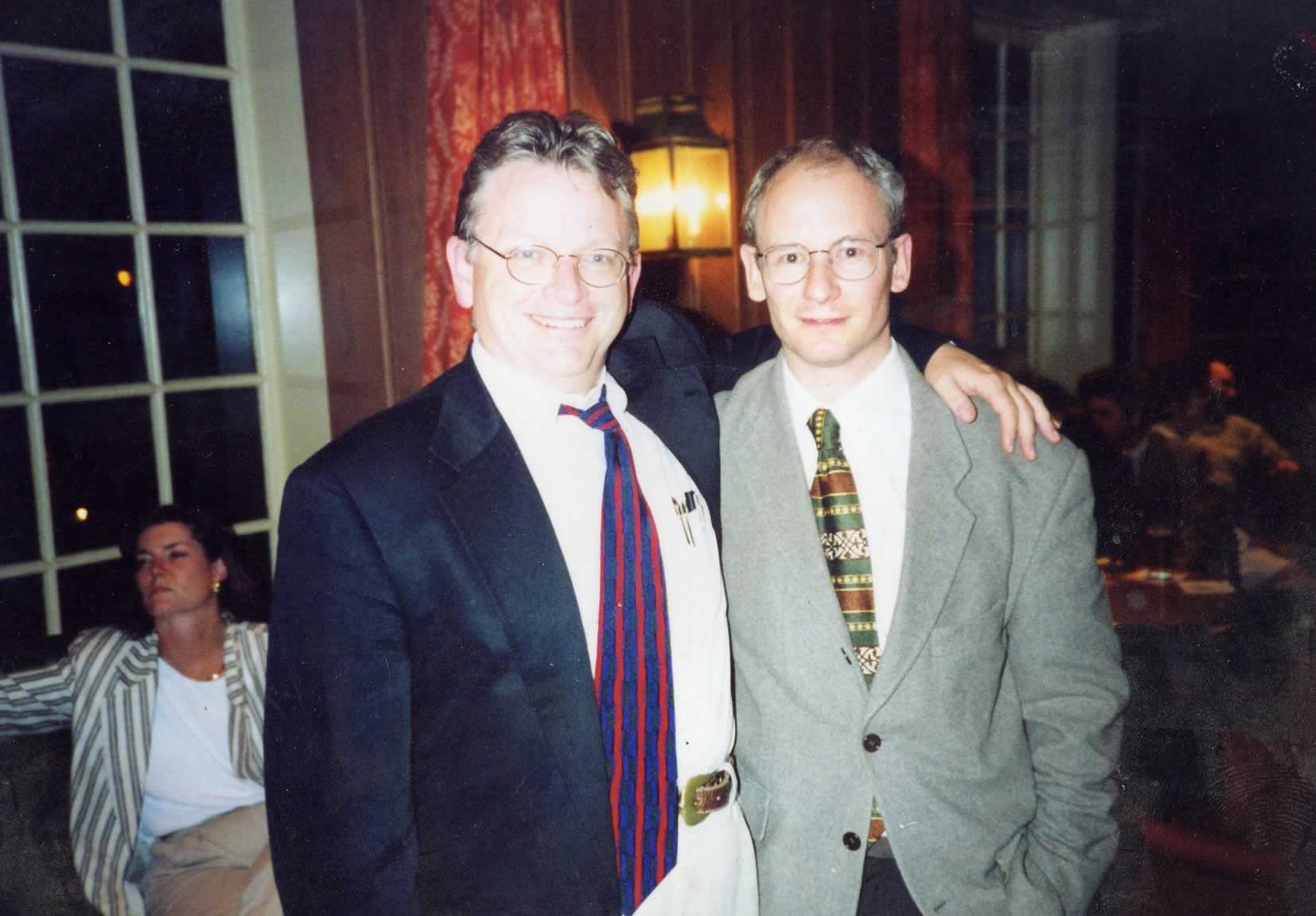 Photo 1. Founding Fathers: Charlie and Ian at the Willamsburg meeting (heading for the bar). 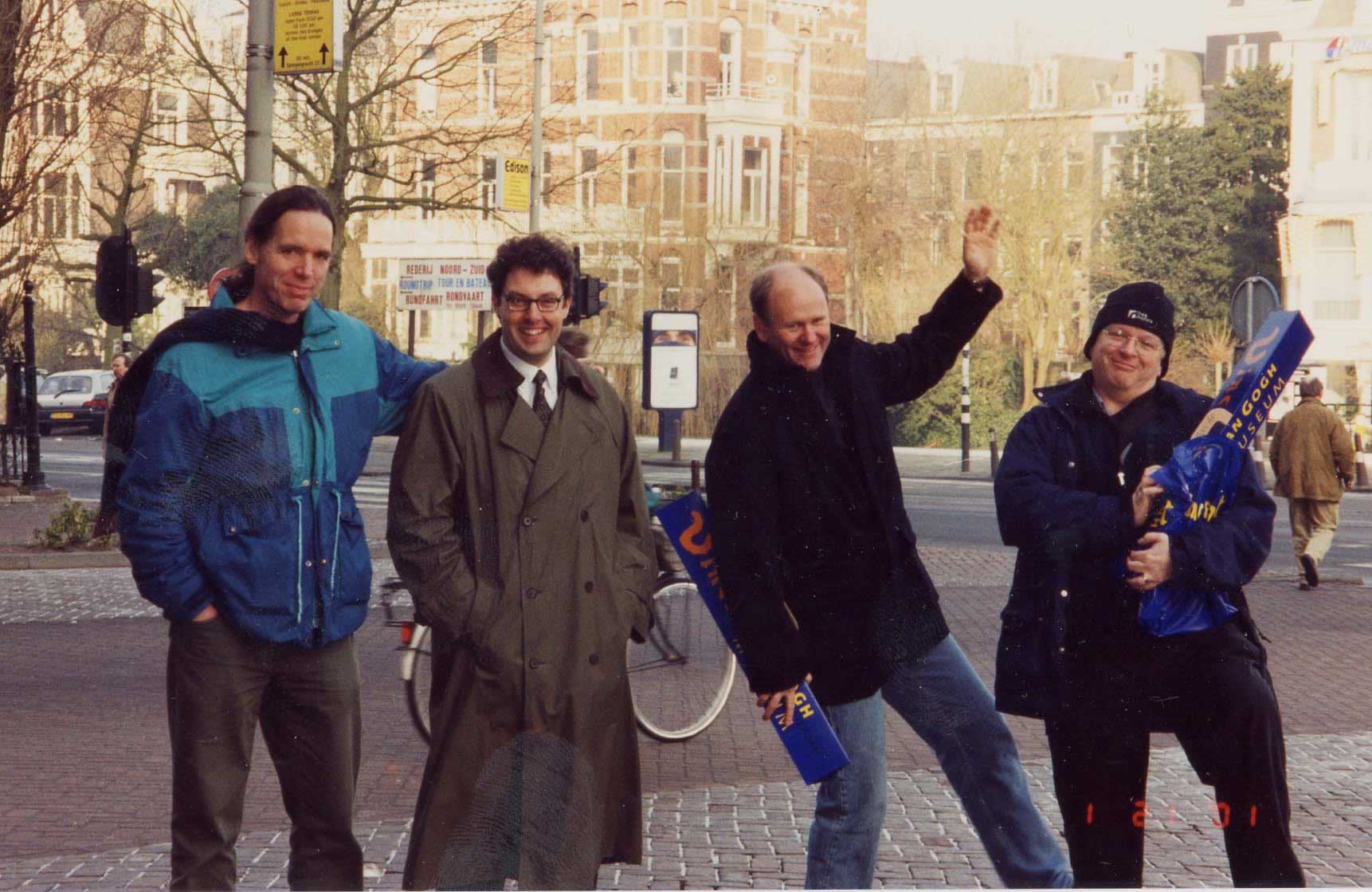 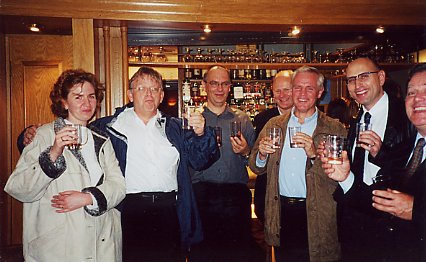 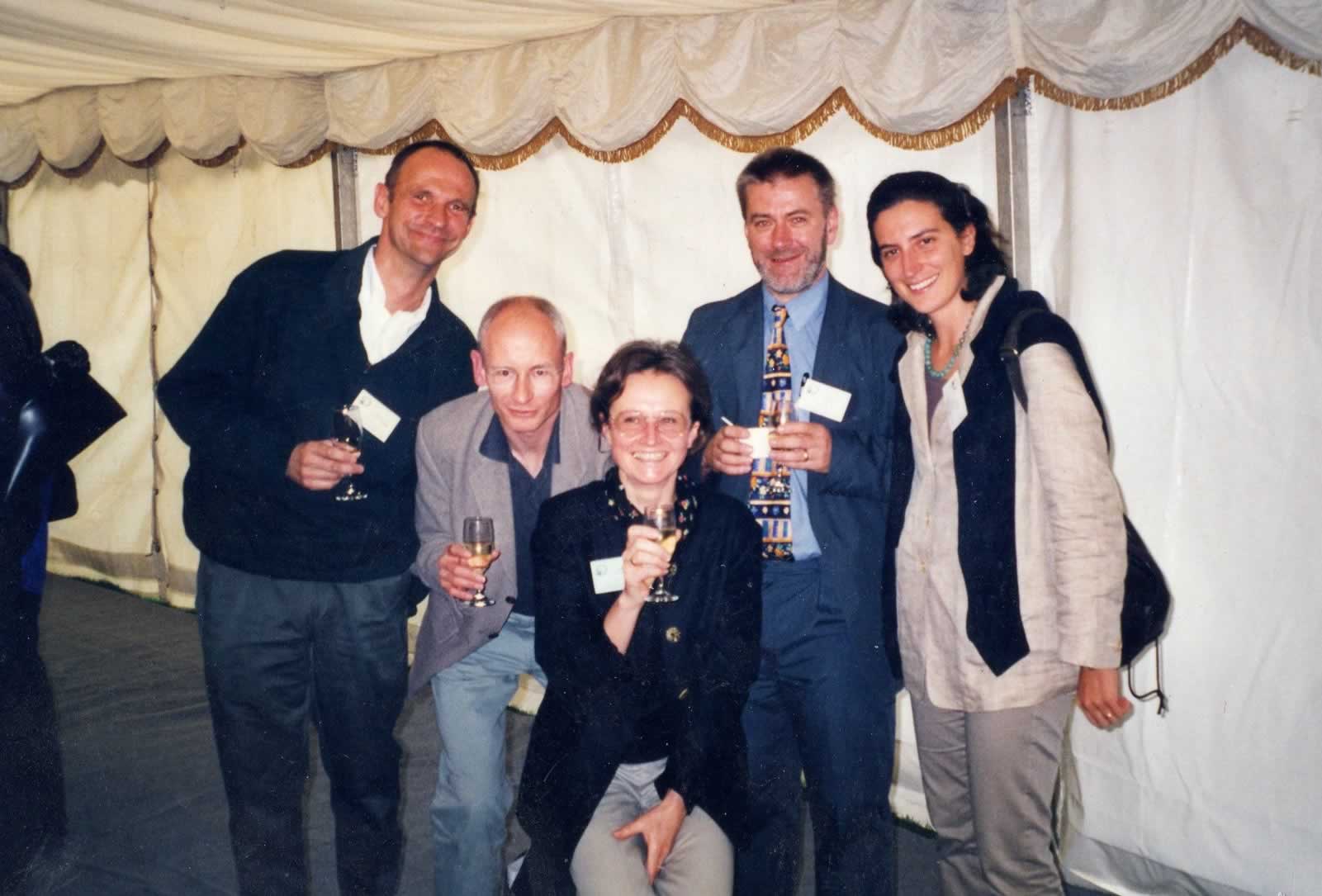 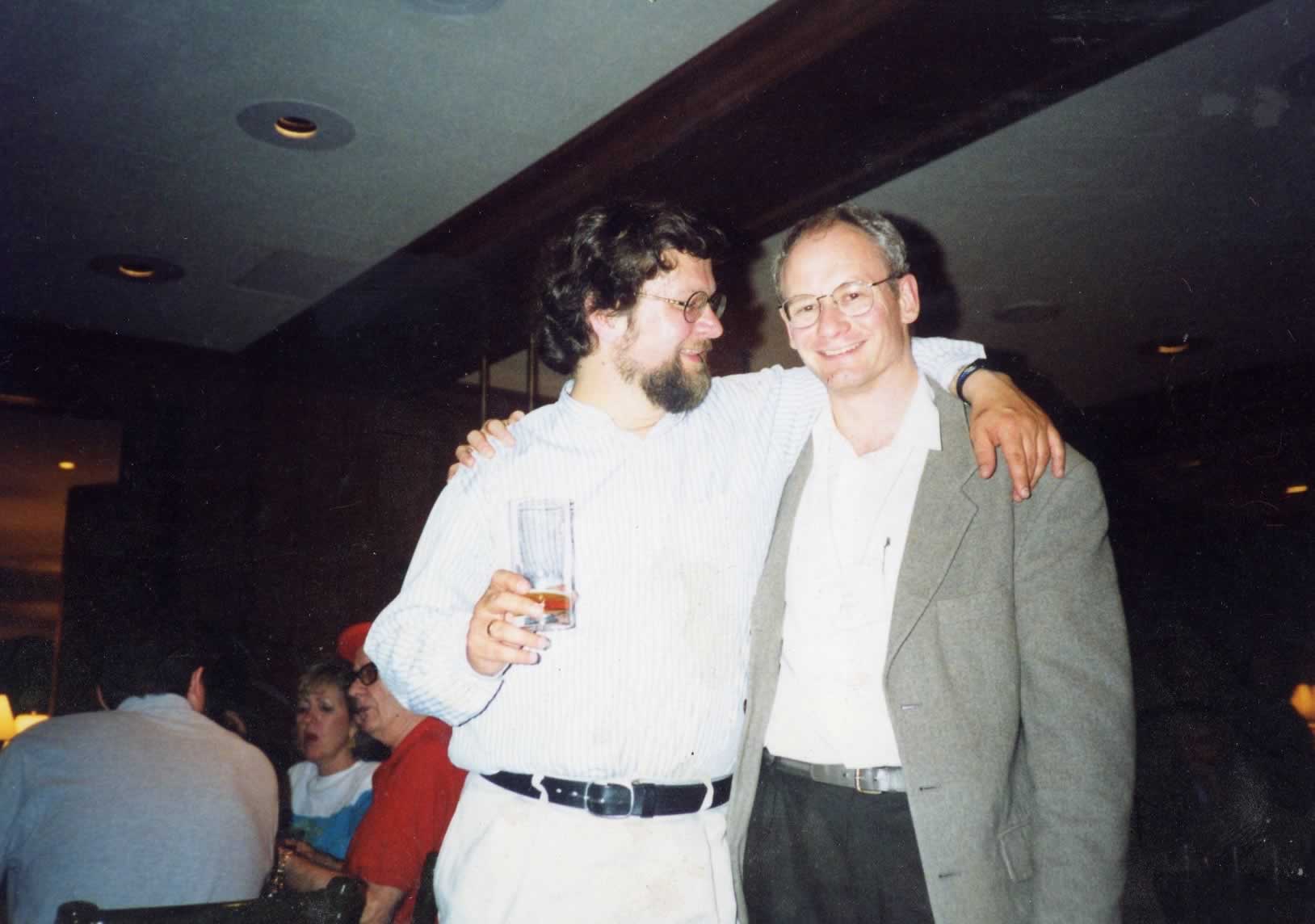 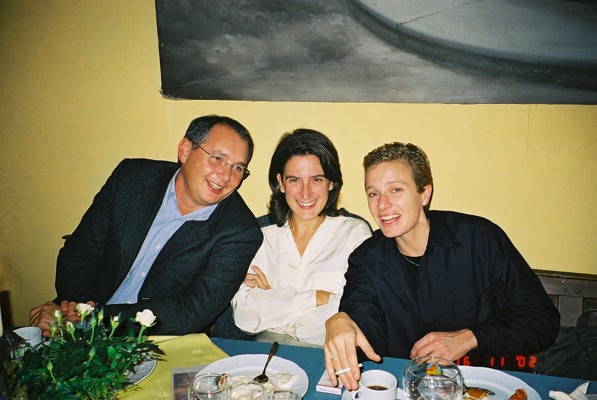 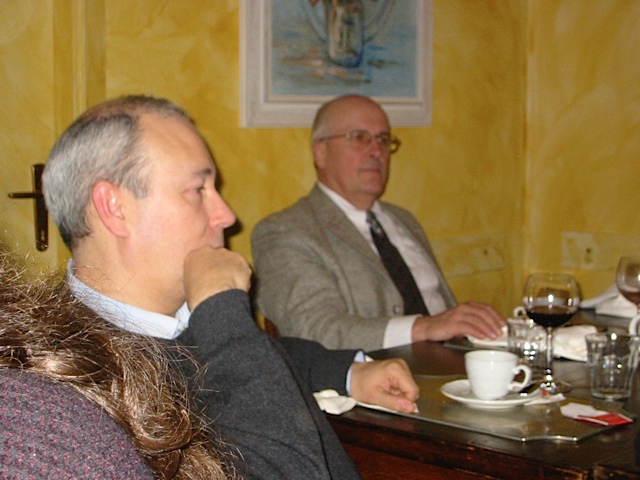 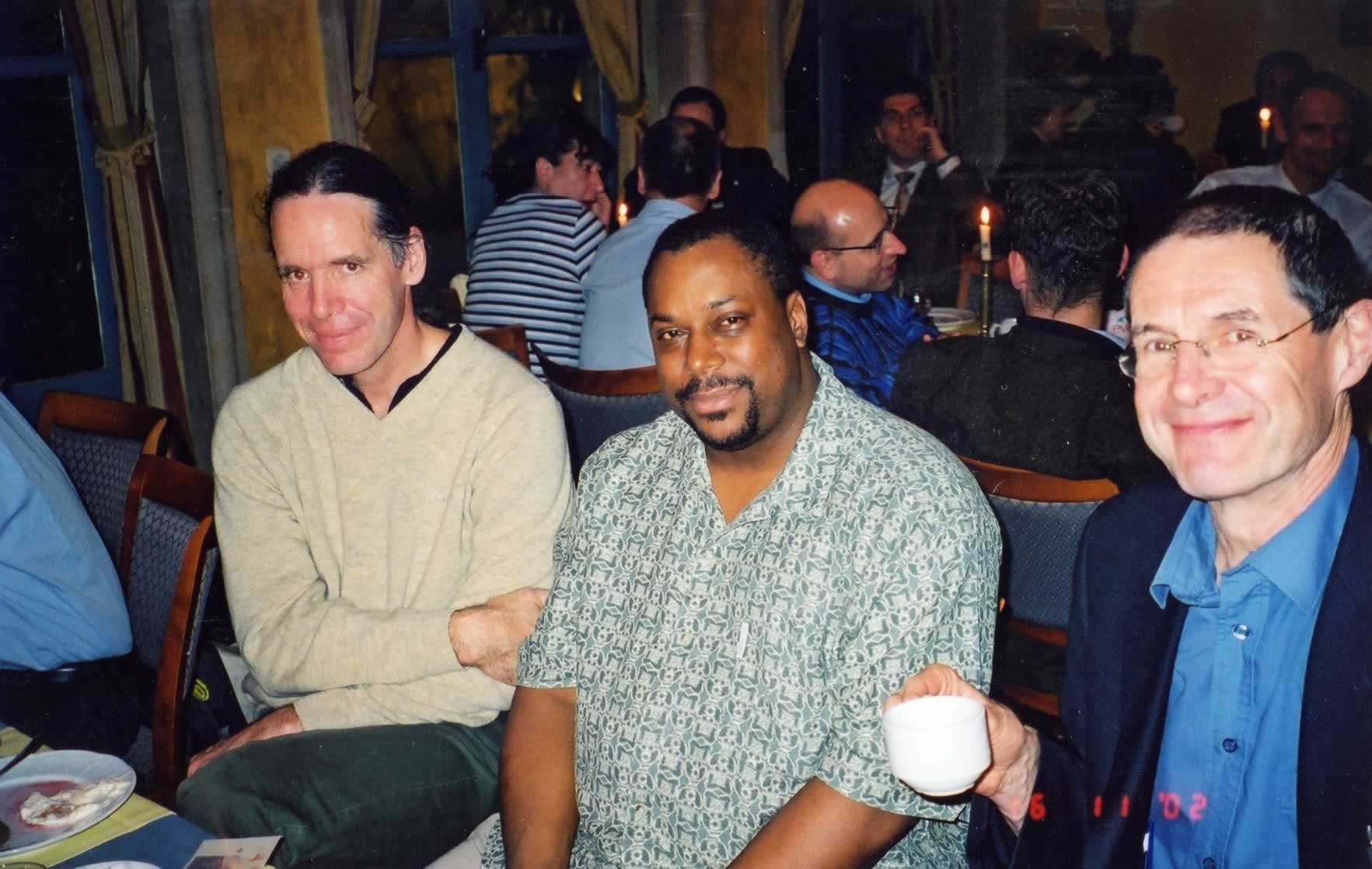 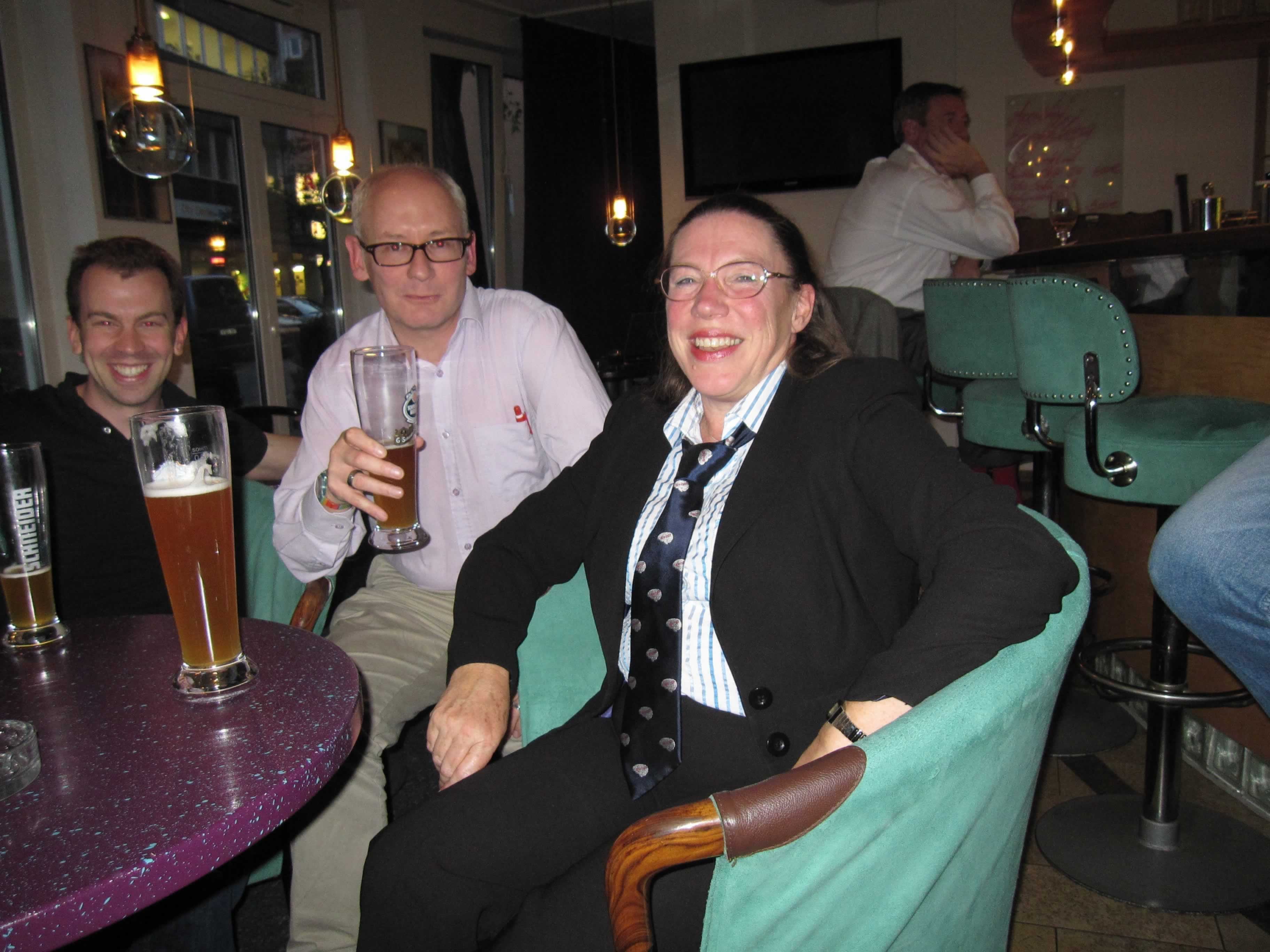 Photo 9. On the Left Anthony Stell - Developer of the "ICUnet" as part of the EC-AVERT-IT project. On the right, Barbara Gregson (Sporting the BrainIT Tie). As always, my glass is half full… 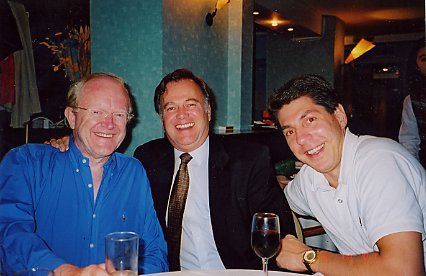 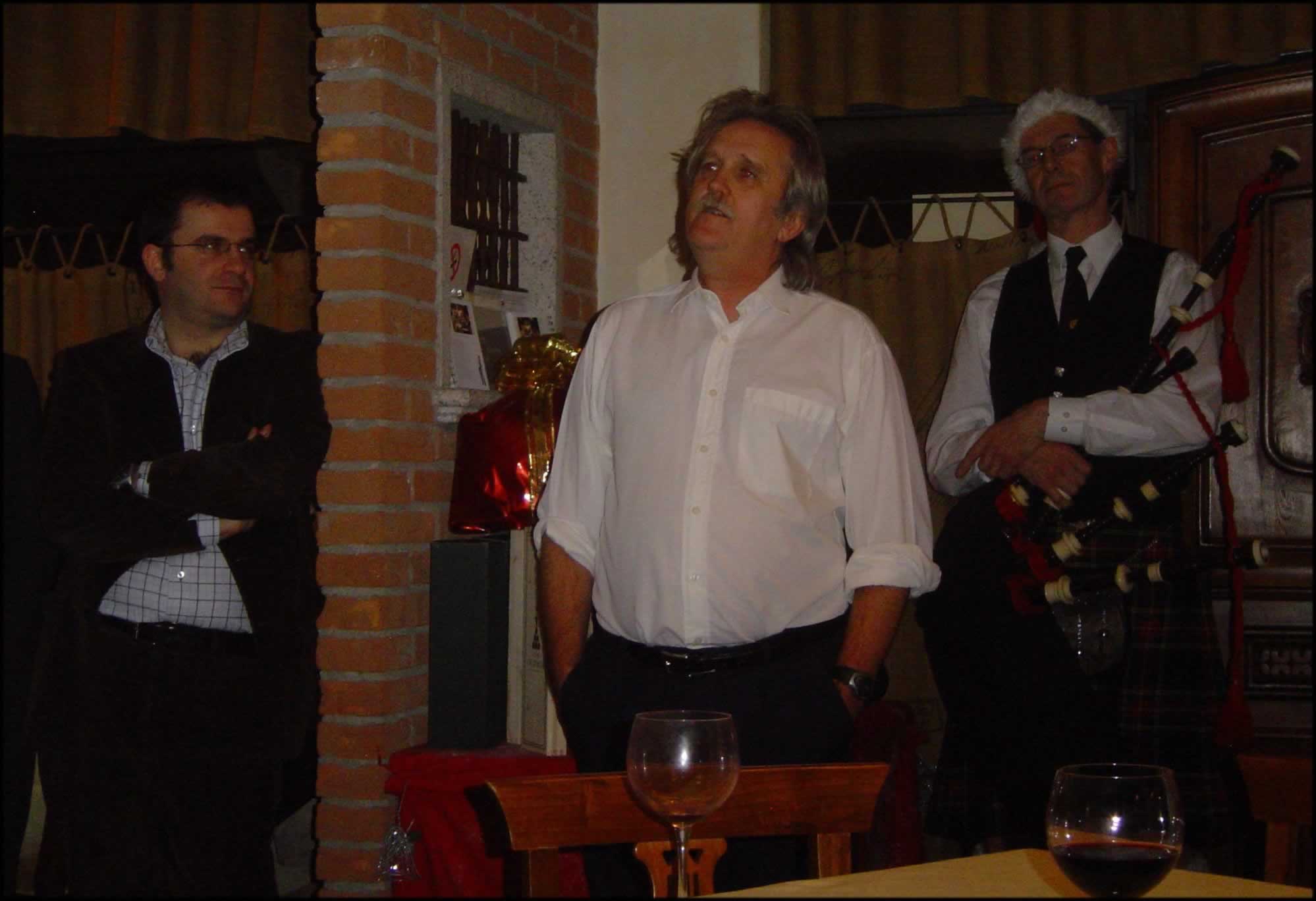 Photo 11. Last but never least, Keith Gregson: musician, historian and BrainIT Entertainer! In the background Dave Wyper , this time with the bag pipes and Santa hat…